Opening night: 26/05/2006
Next performances:
Schaubühne Berlin
Platonov
BACK
NEXT 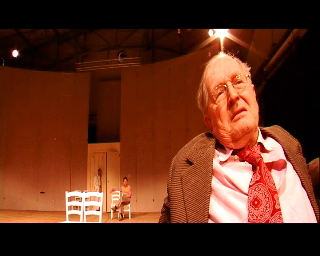 A Russian manor occupied by a group of bored characters: impoverished landed gentry, a businessman, a doctor, a moneylender, and a horse thief.

Although no-one seems to get on with anyone else, they inevitably gravitate towards each other as they try to kill the time.

In this fragmented world survives a man called Platonov, a schoolmaster who refuses to teach. All adore him, but he adores no-one, not even himself. An object of desire to many women, he stares into the dark void that is his meaningless existence. ,,To leave or not to leave”, he asks like a forlorn Hamlet. And his answer, too, drives him closer to the edge of the abyss.

Chekhov’s first play, which was only discovered in 1923, twenty years after his death, is a vicious, witty portrayal of a meaningless, lethargic world that is blown to smithereens by love. 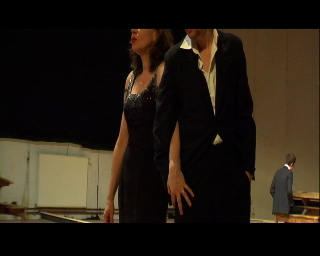 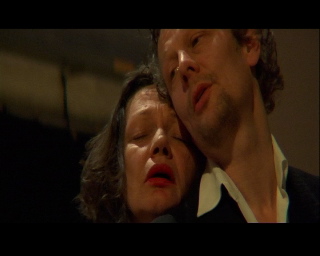