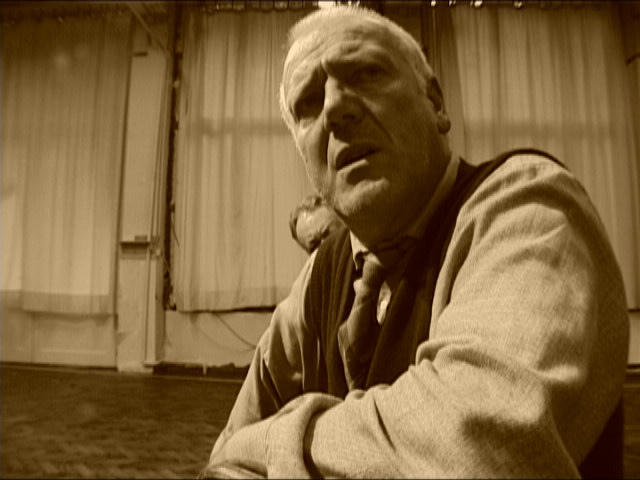 Vanja, his mother, his housemaid, his niece Sonja and her godfather have lived together for donkey’s years in a godforsaken place.

The only person to provide some diversion is his drinking mate Doctor Astrov. The unbearable lightness of their dreary being is suddenly broken by a visit from Vanja’s ex brother-in-law, the professor and his thirty years younger wife. Dormant passion awakens and turns this “huis clos of repressed frustrations” upside down.

“Theatre is writing in the sand”

These are the words which I first heard spoken by an old drama teacher when I was 15, and which would become increasingly significant and fascinating to me during my career. They opened my eyes for the spiritual direction that theatre gives.

From a purely factual perspective, theatre is indeed no more than “writing in the sand”. The little money you can earn in theatre is quickly spent. The fame that many initially aspire to soon disappears and is easily forgotten. As for the plays and the themes they deal with, these are not capable of changing the world or humanity either. In fact, you could argue that theatre is an en entirely meaningless activity. But precisely in this realisation lies the question about the meaning of 2500 years of meaningless theatre.

As I grew older as an actor and subsequently as a theatre-maker, all my illusions and pathetic dreams about theatre dissipated. I came to realise not only that theatre was meaningless, but also that my own existence, my so-called identity, had been founded on a construct of meaning that ultimately leads to a huge unanswerable question mark. “From nothing to nothing”, says Lear. The urge to perform and the self-hatred instilled in me by my Catholic upbringing drove me to great despair in the early 1990s. My life was meaningless, worthless, and theatre –for which I had chosen so passionately- had not been capable of creating happiness for either myself or any one else. The depth of my depression was great.

But the hunger to find an answer was even greater. Without my realising it, I was being forced to search more attentively, to formulate my questions more accurately. The loss of a materially measurable effect of theatre, as well as the letting go of the compulsive desire to create an effect, was actually quite a liberation. Indeed, in terms of yield, you could argue that theatre is utterly meaningless. And yet, man has always ritualised his need to give meaning in theatre; the same universal texts asking the same questions about the meaning of life and human suffering continue to fascinate us, even though no author or playwright has ever succeeded in formulating an adequate answer. As this answer lies beyond human comprehension, it is unlikely ever to be found. So does it make sense to continue looking for it? Is this “search for meaning” what keeps us alive in the first place? Is it what provides the theatre-maker with adrenaline, with creative power? Is it what drives spectators to the theatre? Without this inquisitiveness there would be no art, no religion, no theatre… and probably no beauty either. Is the meaning of theatre not the search itself? The “not knowing” that wants to know, which leads to the realisation that much of what you believed to be it “is not it”. And whatever it is instead, you are unable to designate. The reason for this hunger for truth is not demonstrable, not tangible, impossible to put into words. All that we know for certain is that it manifests itself in “the search” itself. The mere fact that theatre is unable to provide any form of answer, that it forces the artist and spectator to accept the silence and emptiness, and throws them back into life without explanation, void of any logic, and teaches them to trust empty-handedly in the search – this would appear to be the only meaning of the meaningless. Precisely this is the spiritual path that theatre follows towards the rejection of any concept, answer or judgement, and the acceptance of silence. A road to nowhere. This is so often the central theme in Shakespeare’s plays; a road that is paved with loss and letting go, and that ends in a chastening insight or, if you will, self-realisation.

What is so liberating or self-realising about this road?
The awareness that there is no “answer” releases you from the obligation always to have an answer ready or at least to owe an answer. It gives you the freedom as a theatre-maker to create from a position of “not knowing”, to trust on you intuition, on your energy and -most importantly of all- on what the moment has to offer, on the people around you. It gives you and those around you the freedom to “search”, whereby the answer lies hidden in the search itself. It is a search that is driven not by an individual responsibility but by a collective process, liberated from quasi certainties and preconceptions, with open visor and wonder. It creates space to look at what there is and to handle it with the freedom of an unwitting child. It offers the actor the freedom to act with and react to what there is rather than what there ought to be, a style of acting that originates in respect and attention for the other, in the awareness of dependency and the courage to give in to it completely, not to lock yourself up in egomania. This approach, this manner of acting offers freedom, air and inspiration, and it creates pleasure in preforming on the theatre stage, pleasure in life, if you will. It is the flip side of depression, a consequence of hunger for effect and success. Out of this pleasure and collectiveness are born performances that are “unique” precisely because of this extraordinary energetic quality; performances that depict a world that can only be created by this particular group of people, not the conceptual mind of a single tormented individual. These performances are borne by respect and concentration on whatever is happening to the other, a focus that spectators and actors share. It is an extraordinary form of devotion in this bigmouth world that creates a ritual solidarity, a non-loneliness, between spectators and actors in their search for the “meaning of the meaningless”; a moment of solace, of common suffering or laughter at the realisation that there are no answers for so much meaningless suffering and violence, but only understanding, and perhaps a moment of compassion.

This “writing in the sand” is not a formula for success. Like a mantra, it is the continuous repetition of exactly the same questions to which exactly the same silence is the ultimate answer. Albeit a silence with enormous power: the power of catharsis, a moment of shared awareness of and understanding for the suffering of man. As long as humanity is not able implement this compassion in the practice of daily existence, theatre will continue to write its mantras into the sand. And to repeat those mantras up until that day, to be subservient to this ritual, that is the only task of the theatre-maker. All the rest is idle hope. The joy, call it liberation, lies not in what theatre and/or life offers to you, but in what you yourself offer, time and again, without leaving any trace. That is the insight this “writing in the sand” creates.

LP about the spiritual direction that theatre gives.

You come into the world, you dream a life, and at the end you’ve realised nothing of that dream, THE END. (LP, Aug. 2003) 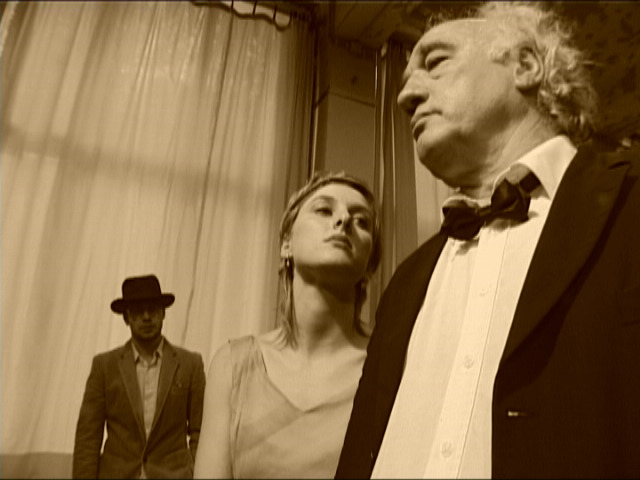 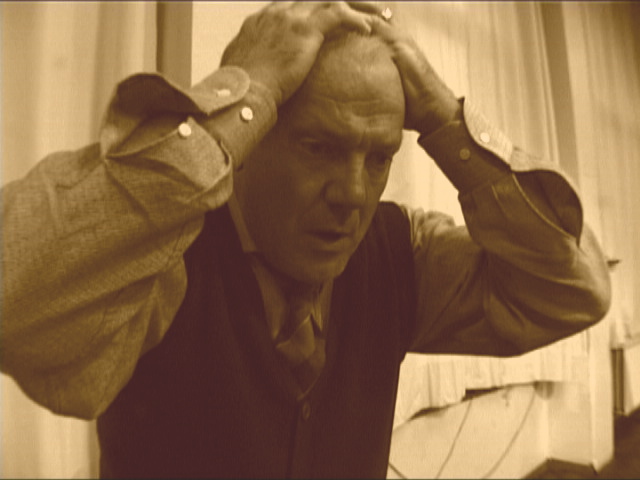