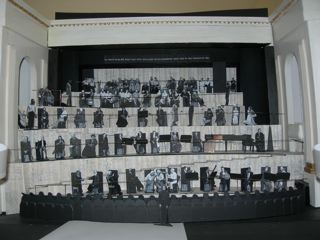 Claudio Monteverdi, the last madrigalist and first truly great operatic composer, wrote relatively few sacred pieces, despite holding the position of Chapel Master at San Marco in Venice for all of 30 years.

As early as 1610, when he was still in the employ of the Court of Mantua, and for a hitherto unexplained reason, he published a mass and Marian vespers _ the liturgical variant on daily afternoon prayers for the occasion of Marian feasts _ dedicated to the pope.

Monteverdi’s Marian Vespers were an entirely new form of sacred music, as they connected the multiple expressive possibilities of the musical settings he commonly applied in his operas and madrigals with the contemporary requirements for sacred music. The Marian Vespers contain not only the mandatory parts of the vespers service (including many Psalms), but also polyphonic concertos, the precise purpose of which we still do not fully understand. The texts are inspired by on 16th-century motets, which in turn are based on the Song of Solomon.

So the combination of sacred and profane elements is already apparent in the Marian Vespers, and it will be further enhanced in the present production through the incorporation of “Combattimento di Tancredi e Clorinda” (The Combat of Tancred and Clorinda), first published in 1638 in Monteverdi’s Eighth Book of Madrigals.

Borrowed from the epic crusade poem “La Gerusalemme liberate” by Torquato Tasso, the story tells of the struggle between the Muslim woman Clorinda and the Christian man Tancred. It ends with the conversion and death of Tancred’s lover, whom he only recognises as Clorinda after having killed her.

This sounds a critical note on a naive trust in the Christian dogma of Salvation, much like in the texts of the Marian vespers, with their mixture of love poetry and Marian devotion, the promised salvation of the soul is not open exclusively to religious interpretation. 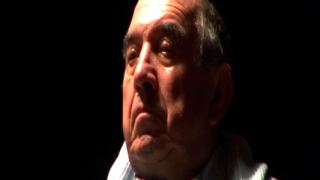 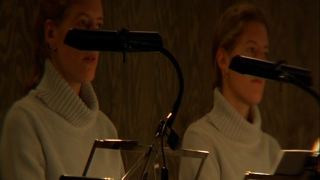