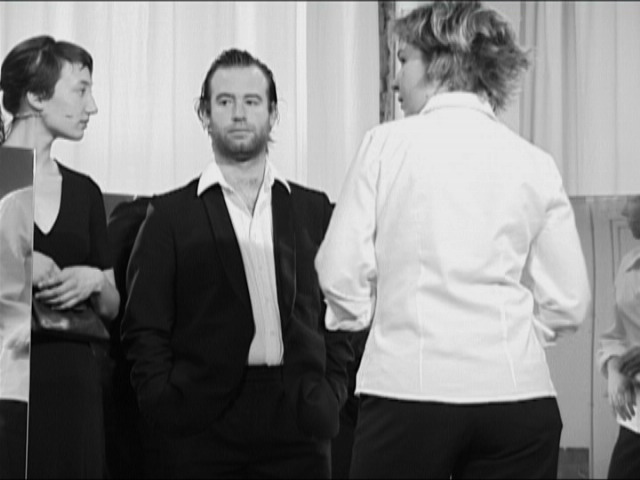 After Feuergesicht and Parasiten Marius von Mayenburg (playwright of the Schaubühne) elaborates his theory that human beings are entangled by their illusions and claustrophobic relations. “Das Kalte Kind” focuses on the advantages and disavantanges of the ties of marriage, friendship and family. This engenders a merry-go-round of bloodnoses, weddings and funerals

Anything is better than indifference

The German playwright Marius von Mayenburg (°1972) is hot in Flanders. His first two plays, Feuergesicht (Brandbakkes) and Parasieten, had already been staged here when, towards the end of last year, Luk Perceval started working on Das kalte Kind. After a series of performances at Berlin’s Schaubühne, it will soon be the turn of Het Toneelhuis in Antwerp. A conversation with the director.

Where does this great interest in the work of Von Mayenburg come from?

Such things are always a great mystery. Obviously you don’t prearrange with other theatre makers to begin working on his plays at the same time.There’s no doubt it has something to do with the fact that Marius is a young, contemporary author. That in itself is quite rare. What?s more, he writes very direct plays that tie in closely with what’s going on among his generation. You could call him the voice of a new generation. Certainly I was fascinated with Das kalte Kind from the first reading.

What did you find so fascinating about it

Das kalte Kind is a desperate play. It’s about people who meet each other almost accidentally in a café and who subsequently go through an evolution: from diffidence to drunkenness to voyeurism, violence and rape. It all ends in a marriage, so that they sort of become a family. Marius exposes the banality, the superficiality of their lives, without wasting too many words on it. The beauty of the play lies in this parsimony with words, in what has not been written down.

German critiques often mentioned the burlesque quality of the performance.

There lurks a great danger in Das kalte Kind. It’s set in a café. If you simply recreate a café on stage, you can easily lapse into superficial naturalism, while there’s clearly a lot more to the play. It’s essentially about one woman: a young girl who is studying and dreaming of a better life. But the more she tries to escape from her miserable existence, the deeper she gets caught in it. She gets bogged down in the banality of her own life. The only escape is booze. Lots of booze. I don’t find that burlesque. Maybe it’s because of my outlook on life. Call it an occupational disability, but I find life itself burlesque, much more burlesque than anything I’ve ever seen on stage.

That doesn’t worry me. Everything and everyone is catalogued. It’s not my problem. The fact that my approach to theatre rubs people up the wrong way is mainly due to the traditional expectation that many people have of theatre. They are basically looking for a good night out, not something that challenges their convictions or perspective. It strikes me that attitudes towards film, photography, the plastic arts, literature; are a lot more relaxed than that towards theatre. Simply because these disciplines are accepted as art forms, while theatre is seen as no more than a night out, certainly not as art. A large proportion of the audience still goes to the theatre to see beautiful costumes and hear texts in rhyme, so to speak. If you go against this expectation, people are easily offended. This is quite noticeable from reactions to Das kalte Kind. German critics were extremely divided. On the one hand, there were those who wrote: “This radical quality, that is what we want to see on stage”. But others clearly felt offended because the play did not fulfil their bourgeois expectation pattern which dictates that theatre should be clean and entertaining. So that is what I revolt against. These days there’s an overkill of clean deceitful advertising with happy smiley people. For me, theatre is a space where that lie is exposed. Life isn’t always clean and happy, and nor are people.

In that sense, a play such as Das kalte Kind however nihilistic- can still offer a kind of solace.

Precisely. I recently directed Othello, one of Shakespeare’s most nihilistic plays. But despite its extreme darkness, you can draw a lot from it. Having seen the play, you’re left with a desire to go about things differently, to turn around your life and avoid falling into the trap that Shakespeare allows his characters to fall into. If you try to visualise the truth of life, you must inevitably show a lot of sadness and suffering. But the fact that you’re trying to grasp the truth in a performance does not mean that the audience must get depressed. On the contrary: recognition can lead to a kind of cleansing solace. I believe vehemently in the phenomenon of catharsis. What’s more, theatre is just about the only place where you can share this experience with others, in silence and anonymity. Theatre can save us from our existential loneliness, if only for a fleeting moment. To me, that’s the sense of theatre.

One might conclude that you are satisfied to the extent that you succeeded in offending people.

(laughs) I’m just like anyone else in that I would prefer exclusively positive responses to my plays. But anything is better than indifference. Nothing is worse than that. A negative reaction is often a sign of repression, of a refusal to face up to what’s really going on. If that’s the reaction you provoke, at least you’ve touched upon something or moved someone.

In a recent interview, you assert that the freedom of the theatre maker has been increasingly curtailed in recent years. You add that this trend is less noticeable in Germany, because since WWII Germans have been more aware than anyone else of just how important the freedom of the artist is.

Throughout Europe, I’ve noticed a shift towards the right and the rise of a kind of neo-conservatism, notably in theatre, where in past decades we’d gone in precisely the opposite direction. I’ve just returned from London. Not only did I see very little in the way of anti-war protest, I also noticed that almost all theatre was “tourist theatre”. Musicals, comedies, commerce. In Germany -and this may sound paradoxical- this is far less the case. There’s a kind of respect for theatre and the arts. As a theatre maker in Germany, you’re almost obliged to take a political stance when creating a performance. Theatre is regarded as a free mental space that is supposed to hold up a critical mirror before society. Obviously this attitude has much to do with the country’s history. We, by contrast, are all too happy to sweep our past -in the Belgian Congo for example- under the carpet. Over here, demand for “innocent entertainment” is on the rise.Das kalte Kind is a political play. It goes beyond accusations (everyone is an accessory and therefore guilty), and shows a life without escape: no deliverance. Marius says: there is no future. Any hope of improvement is idle. Das kalte Kind shatters our illusions, it confuses and creates contestation. To me, that is an unequivocal political stance. Why else might “Waiting for Godot” have been written? 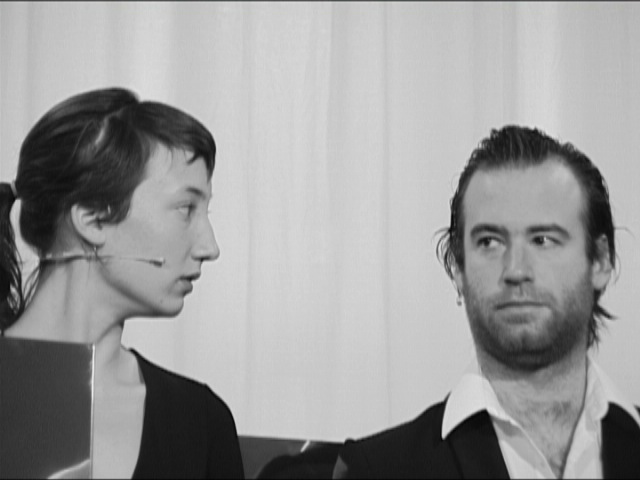 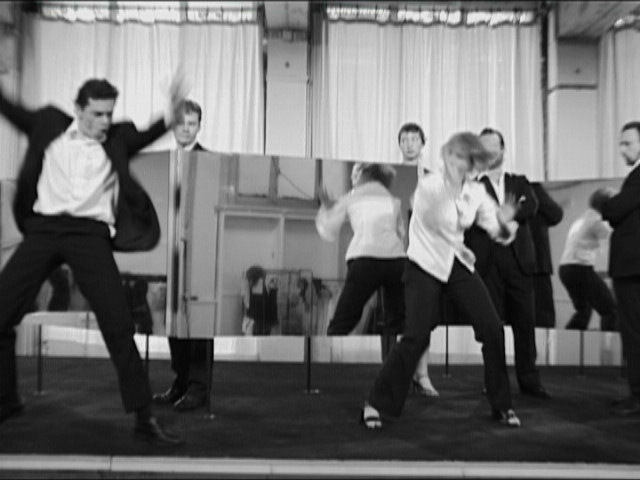