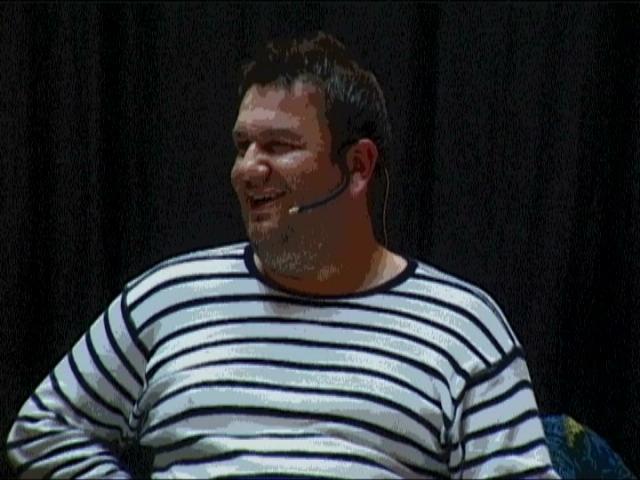 An anatomical Study of the Oresteia

ARSCH!
The German version of Aars! was played by the Flemish cast in Berlin, Hannover, Hamburg and Arhus (Denmark).

In a living room a family is under the spell of a party game of which the family members are themselves part. The mother and father are joined by a deep-rooted dark love. Their children seem to be shamelessly used as change in the transaction between mummy and daddy. Or are these children the driving force of the drama?

Luk Perceval and Flemish writer Peter Verhelst made a radical and ‘carnal’ version of the Oresteia. Aeschylus’ tragic trilogy about the nuclear family Agamemnon-Klytaemnestra-Orestes-Elektra was performed for the first time in 458 BC. Drum-‘n-Base composer Eavesdropper and thousand litres of water impel the performance in the direction of trance theatre. The physical images and Verhelst’s sensual language are set on a magnificent and ingenious scene built around a big water tank. Really everything the actors are doing takes a lot of effort. The audience gets to swallow the terrible contents of the play going from incest over revenge and ending with multiple family murder. All this is passed on the spectators in a painfully tangible way. ‘If only our stomach would have two exits, then we could digest everything twice as fast’ concludes the only survivor, Elektra, in her final monologue.

On 6 September 2001 Peter Verhelst and Luk Perceval received the Taalunie Toneelprijs for AARS!

You can order this script via the VERLAG website.

Aars! was my big outburst of anger which seized me after the Ten Oorlog-experience. Around Ten Oorlog a full-blown circus had been set up. It had become an media-event on which I had no longer hold. I was also infuriated because Ten Oorlog had used up all my powers. I was so disgusted with the bourgeois theatre that I definitely wanted to produce an anti-bourgeois play in which I could express my rage. Aars! being a long-drawn-out curse… 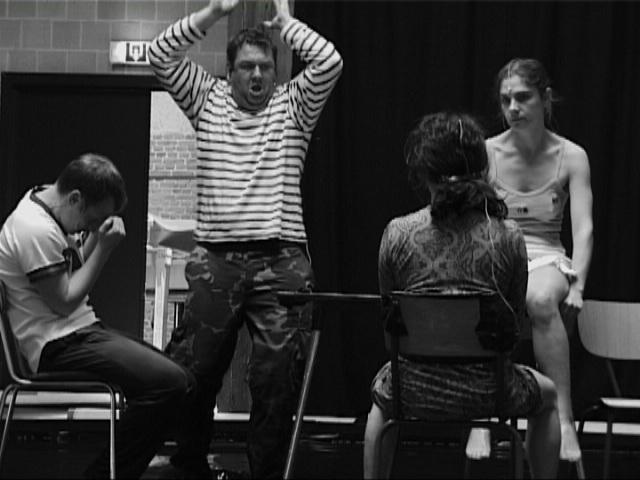